skip to main | skip to sidebar

Most analytic philosophers are not sympathetic to the "social model of disability" that is often ascribed to "extremist disability advocates", namely the idea that disabilities should be conceived as the result of a social construction and should be understood in analogy to being the member of a discriminated minority. They tend to agree on a moderate position according to which disability differs from social discrimination, even if most disabilities cause an additional disadvantage via social discrimination. Most analytic philosophers reject the social model of disability because they think that the distinction between a purely socially constructed disadvantage and a disability has some normative validity.

Glover, for instance, writes that

All disabilities involve functional limitation. This contrasts with purely socially constructed disadvantages - for instance, those facing members of ethnic minorities in a racist society. […] In theory, social output is not in the same way essential for something to be a disability. Robinson Crusoe, alone on his island and unable to walk properly after a stroke, would still be disabled.

What pisses me off about such examples is that they wrongly suggest that they illustrate a normatively relevant distinction. This is not the case. I'm not just complaining that disadvantage derives, in most cases, from the combined effect of social discrimination and functional impairment, which Glover would not deny. I complain because the use of this example suggests that we can make a distinction that in reality we cannot make.

The example wrongly suggests that we can use a "Robinson Crusoe" test as the litmus test for distinguishing authentic disabilities from cases of purely socially constructed disadvantage. Take the example of deafness. According to the "Robinson Crusoe-test" deafness is an authentic disability: "Robinson Crusoe, alone on his island and unable to hear properly after a stroke, would still be disabled." Sound enough, but so what? The reason why a deaf Robinson Crusoe is disabled is that he lives in a very special social environment, an environment in which he cannot cooperate with other human beings. It would just be wrong to infer that, since deafness is an impairment to human flourishing in the Robinson Crusoe environment, then the disadvantages to which it leads in other environments are purely socially constructed.

Consider this example: having a white skin is an authentic disability in many natural environments. "Robinson Crusoe, alone on his island, without clothes, with his melanin-poor white skin, would still be disabled." (The relevant comparison, here, is with a black-skin Robinson Crusoe, who would be able to stay under the sun for longer time without burning is skin.) Now imagine a society, in cold climate, where black people are more powerful than white and black people treat white just like blacks were treated by whites in nineteen century America. Should we conclude that the disadvantage attached in this society to being white is not purely socially constructed, just because whiteness counts as a disability in the Robinson Crusoe case?

More generally, it is not at al obvious at all that the Robinson Crusoe case is relevant to judge whether something is a disability or a "purely socially constructed disadvantage", because in most cases there is no useful parallelism between this case and the cases in which people live in a society.

The Robinson Crusoe test looks reasonable to me. We simply need to take care to apply it correctly, which involves asking whether the disadvantages experienced in our society accrue for the same reason, i.e. in virtue of the same functional limitation, as in the desert island scenario.

White skin really could be a natural disability, as your island case shows. And it would still be a disability in a society, if the white people in that society were disadvantaged in virtue of getting sunburnt more (in the usual way).

Of course it is also possible that people with a disability will be further oppressed or disadvantaged for reasons independent of their natural functional limitation (e.g. racism). And it's possible that something which is a disability in one natural environment will not pose any problems in another. But this doesn't show that "we cannot make" any distinction between natural disabilities and socially-imposed oppression, or that the Robinson Crusoe test isn't some help (when used properly) in bringing this out.

Well, this is very interesting... If I understand you, the Robinson Crusoe test to see if a disadvantage is social or it is a natural functional limitation should be understood in the following way:

"Is X in the (social) environment S a natural disadvantage or a socially constructed one?"

Step 1. find the answer to the following question

Have I got you?
Obviously I had not thought about this solution. It's interesting, and I must still think about a counter-example (I think slowly).

I have reflected about the problem and I think I've came out with a better example where the Robinson Crousoe test does not seem to work. Think about dyslexia. Dyslectic people may not suffer any disadvantage in the Robinson Crousoe case, but they suffer a real disadvantage in all those societies where writing and reading skills are important. Yet it seems strage to say that the dysadvantage coming from dyslexia is "socially constructed", in the same sense in which the disadvantage resulting from being black or women, as a result of discrimination, is.

Still there is an important distinction between a certain class of disadvantages deriving from social discrimination and all others, which I think is made more obscure by focusing on "natural vs. social" opposition.

One suffesr a disadvantage from social discrimination, in the morally relevant way, when one finds out that a natural trait one possess leads to a disadvantage as a (direct or indirect) result of people's having attitudes towards that trait that are morally questionable, for example in that they violate some basic tenet of human equality.
So the disadvantage coming from discrimination for one's skin color differs from the one coming from dyslexia in that (or to the extent that) the former is based on attitudes towards black people (such as thinking such people inferior, or disgusting, as such)which involve the violation of some very basic moral principle, such as a fundamental belief in human equality.

One odd consequence of this might be that it's difficult to claim that black people suffer discrimination in those cases in which they are discriminated as a result of attitudes towards them that are not the expression of a conscious belief in their inferiority as a race. For example I witnessed with my eyes a test on a class of master students at Tufts showing that the class on average had delivered worse punishments to black offendants than to white ones who had committed exactly the same crime (in a similation). None of these students in the class or in private conversation had ever said things that made one think they could hold racist views.

My intuition concerning such cases is that discrimination deriving from attitudes is wronful when the development of discriminating attidues can be traced back to the influence of cultural traditions that involved morally unjustifiable views and values (such as racist views) while it does not count as such when it results solely from a natural (although logically invalid) tendency to generalize from few particulars in one's experience. I also think that in our society very few instances of "induction by simple enumeration" are really "simple", as most are influenced by cultural sterotypes deriving from objectinable non egalitarian traditions. 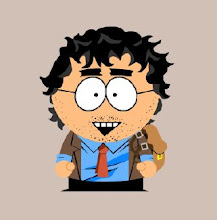 other pictures I took